I have been passionate about history for a long time. Especially Ancient Greek, Roman and Egyptian History. Two of the many aspects that are fascinating me about the Egyptian History are their deities and their writing system, called Hieroglyphs.

From Wikipedia, Egyptian Hieroglyphs can be defined as “the formal writing system used in Ancient Egypt. Hieroglyphs combined logographic, syllabic and alphabetic elements, with a total of some 1,000 distinct characters”.

Good websites exist if you are willing to learn Hieroglyphs, but I couldn’t fine those resources in the comfort of an app.

It is for that reason that I decided to build “The Gardiner’s Memo”. 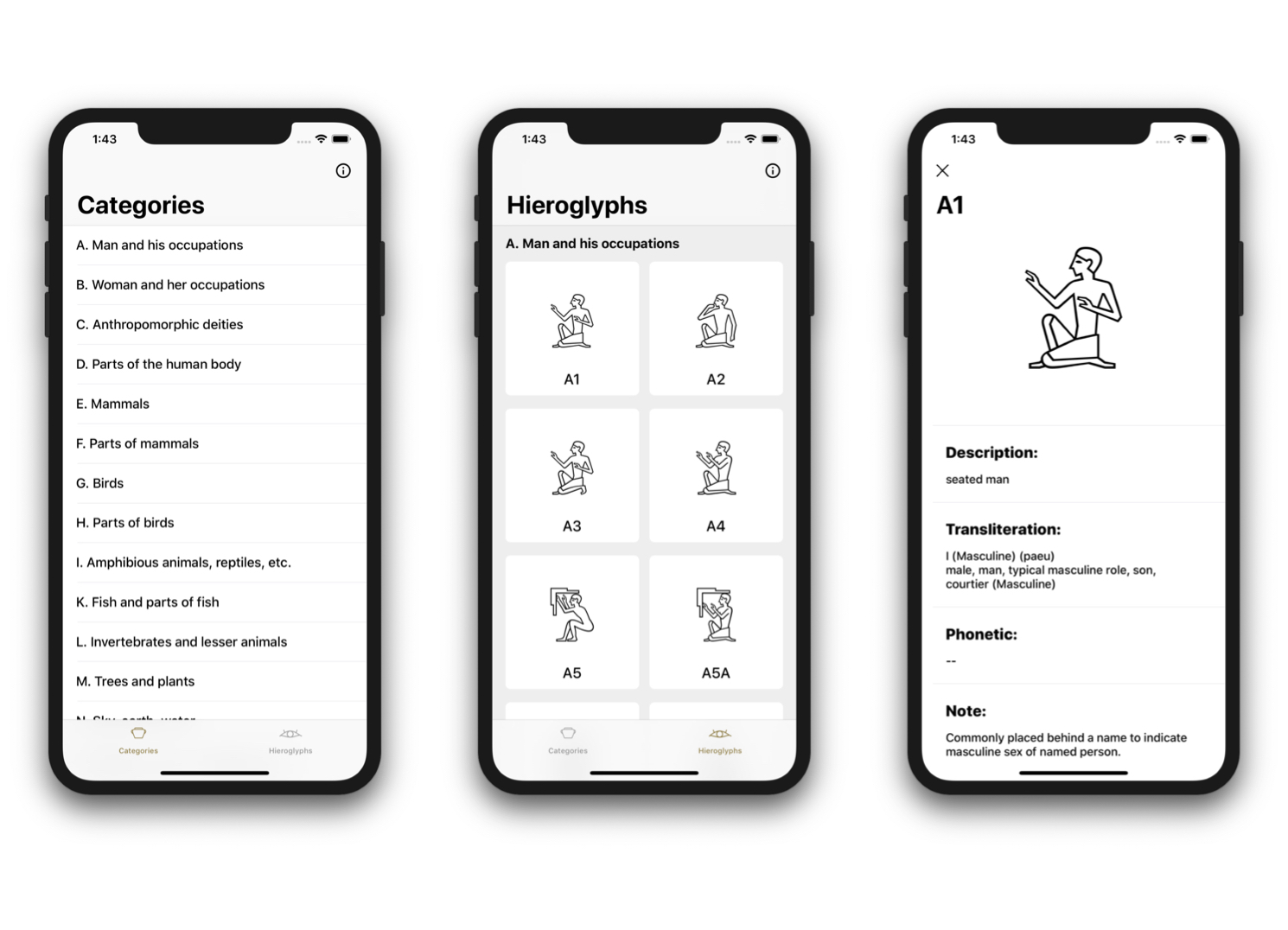 Sir Alan Gardiner is regarded as one of the premier Egyptologists of the early and mid-20th century. One of it’s major contribution is the Gardiner’s sign list, a list of common Egyptian hieroglyphs, considered a standard reference in the study of Ancient Egyptian Hieroglyphs.

This application, totally Open-Source from the data its using to the app itself, is available on GitHub and everyone is welcome to contribute to it.

Some new capabilities have been added since the beginning of the project like the support of Dark More in iOS 13 and new ideas are in preparation like enabling users to practice the writing of a specific hieroglyph.

The data are scrapped from Wikipedia using Go. which source code is also on GitHub. Unfortunately, the data are incomplete for some hieroglyphs (transliteration, phonetic, note), so if you know to, I’ll be happy to see the data completed.

Do not hesitate to give any feedback about the application or the source code.

Available on the Appstore: Gardiner’s Memo.